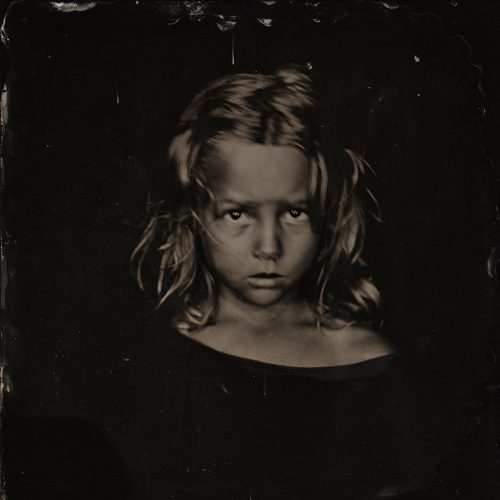 Matthias Olmeta
“Perfection is the enemy of beauty“ is the motto of photographer Matthias Olmeta, who was born in Marseille in 1968. At the age of 16, he discovered his love for cameras; two years later, he moved to Los Angeles to study Visual Arts at the Santa Monica City College. As Olmeta had to  apply for a visa regularly, he traveled a lot at that time – a passion that has influenced his work until today. From prostitutes in Athens to patients of a psychiatric clinic in Havanna, Olmeta always puts the human being into the center of his imagery. In the following years, Olmeta saw a lot of the world, he lived in London, New York and then in Marseille again.

His work is characterized not only by his love of beauty but also by a fascination with the technical development of photography. Olmeta is not an enthusiastic  advocate of the digital era – on the contrary. He prefers to use ambrotype, a technique that was developed around 1850. Ambrotype, which is hardly remembered nowadays, is a complex as well as aesthetically remarkable method. A layer of collodium is being exposed on a glass pane. Then, the light glass negative is inverted to a positive image by a black background of paper or velvet.

The subject or object in front of the camera needs to stay absolutely still during the shooting. The result is definitely unique and appears as if from another time. Olmeta applies this technique when taking pictures of old people and children, but also the skulls of animals or dried insects. “For me, the silver’s vibrations (that we can feel on an ambrotype) with a deep, rich, warm, black background combine uplifting and darker energies”, says the artist.

Around the same time he became acquainted with ambrotype, Olmeta discovered shamanism, which he claims helped him overcome his fears. The children and adolescents he frequently works with form, according to Olmeta, a missing link to nature.

Museums and collections in Canada, England and France have bought his works. Olmeta’s exceptional photography will be exhibited for the first time in Austria at Atelier Jungwirth.

Contact
Should you have any further questions on Matthias Olmeta or our studio, please feel free to contact us here.