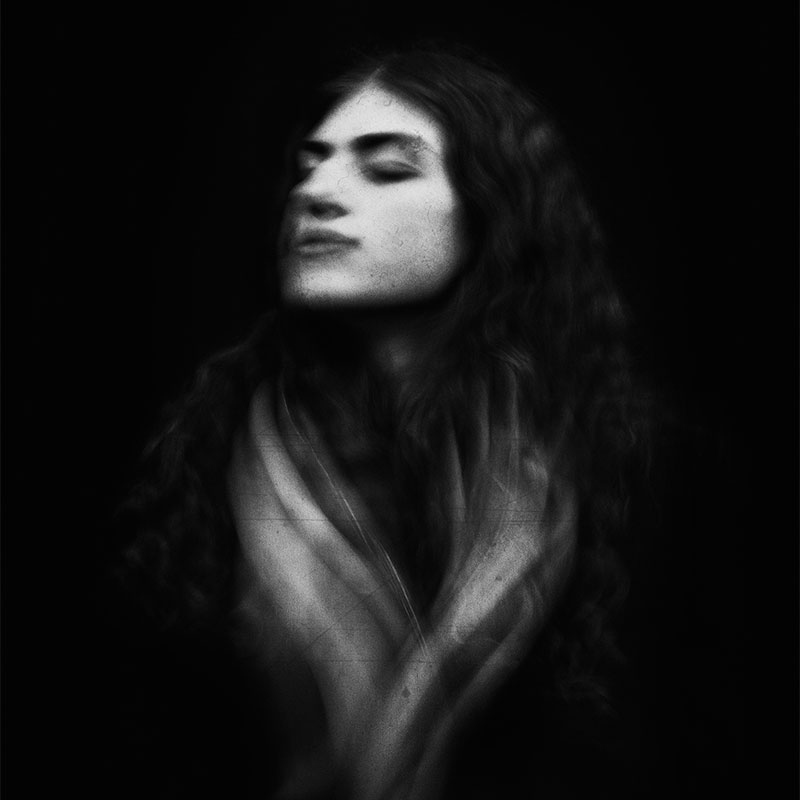 Donata Wenders was born in Berlin in 1965. She studied Film and Theatre in Berlin and Stuttgart, worked as a camera assistant and made feature films and documentaries. Since 1995 she has devoted herself entirely to photography.

In 2006 Donata Wenders’ first book “Island of Silence” was published. Over the years she has also published further books like PINA – Der Film und die Tänzer, Don’t Come Knocking, The Buena Vista Social Club, The Heart is a Sleeping Beauty und Beyond the Clouds/ My Time with Antonioni together with her husband, Wim Wenders. Her photographs appear in international newspapers and magazines such as Egoiste, BLAU Magazin, The New York Times, Vogue, W, Deutsch, The Rolling Stone, Kult, Esquire, Pen, Let’s Panic and illustrate CD covers by Bono, Jon Hassell, Sam Phillips, BAP, ZweiRaumWohnung and Die Toten Hosen. In addition, she is also involved in her husband’s films as a set photographer.

Sharpness and blur, shadow and haze, black and white. Donata Wenders makes use of these classical tools in her photography. Each picture contains a story, a background, perhaps even a secret. And the light that breaks through the darkness in her photographs has developed from a stylistic element into a major protagonist, as the photographer herself says. Her pictures sound out the borders and boundaries between painting and photography.

Up to now the works of Donata Wenders have been shown, inter alia, in Berlin, Hamburg, Munich, in Norway, France, South Korea, in the Netherlands, Switzerland and in Italy as well as in Innsbruck and Salzburg.

The exhibition “Gestures of light”, which will be on show at Atelier Jungwirth from 17 November, is the first opportunity to see Donata Wenders photographs in Graz.

Further pictures and information can be found at: www.donatawenders.com

Should you have any further questions on Donata Wenders or our studio, please feel free to contact us here.